Tucked away in the beautiful valley of the Outeniqua Mountains, George is a magnet for visitors from all nationalities and walks of life. A mere 420 km from Cape Town, and only 320 km from Port Elizabeth, this city is the perfect stopover from which to explore all the best that the Garden Route offers. Thousands upon thousands of tourists book FlySafair Flights to George each year to enjoy this serene beauty for a little while.

George is also regarded as the administrative capital of the Southern Cape, and is a rather large city with a cutting edge yet charming infrastructure. It’s also succeeded in redressing its former image as an industrial town, to that of a thriving and bustling, alive tourist mecca. It isn’t even that hard to do, given that two of South Africa’s top ten golf courses are situated here.

You are closer than ever to experiencing the old world charm George has to offer, interspersed with a healthy mix of cosmopolitan South Africa. George has a reputation for being a laidback city, and anyone interested in enjoying the beauty of this natural setting is in for a treat.

There aren’t any reasons to pay more for your FlySafair flights to George, thanks to Domestic Flights South Africa. Our site compares millions of flights throughout the year to ensure our users always enjoy the very best rates. We make it easier than ever to book FlySafair to George and to many of South Africa’s other incredibly popular domestic destinations. In short, we do all the legwork so you don’t have to.

Thanks to our dedication to helping our users get to where they’re going and back again, you will enjoy excellent service, great rates and more convenient travel. We’re here to help you save on all your FlySafair flights to George, and to any other major destination in South Africa right now.

Book your FlySafair flights to George today for a highly reduced price. 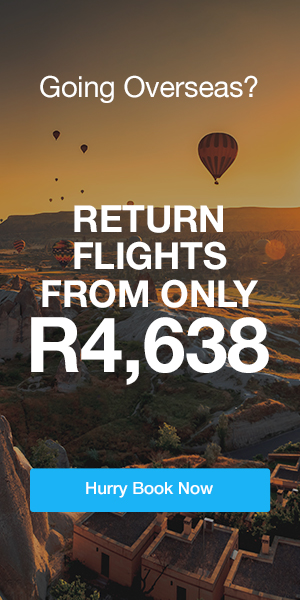